A Myerscough College landscaping apprentice has been recognised with another national award.

Cameron was presented with £500, as well as £500 for Myerscough College, collected by his work-based tutor, Richard Heyes, at the ceremony in London. 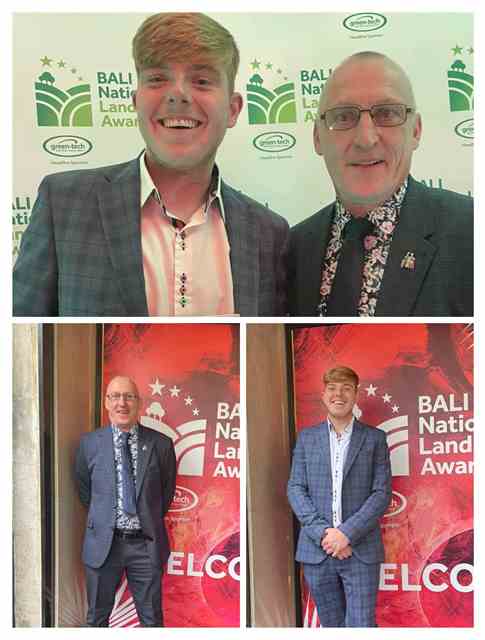 Cameron has been completing his Level 3 apprenticeship in landscaping while working for employer, Steven Foxcroft Landscapes, during which time he’s won gold at the Association of Professional Landscapers (APL) WorldSkills UK final, and also been named Intermediate Apprentice of the Year at the Lancashire Apprenticeship Awards.

Myerscough landscaping apprentice named the best in the UK

Cameron paves his way to success in Lancashire Apprenticeship Awards

The annual National Landscape Awards, held at the iconic JW Marriott Grosvenor House, Park Lane, London celebrates the skills, hard work, quality, commitment, and successes of Association members and are the largest awards of their kind in Europe. They recognise excellence in landscape design, construction, and maintenance both in the UK and overseas, as well as supplier exceptional service and employer excellence.

Events Project Manager, Emily Feeney said: “Once again, this year’s National Landscape Awards has highlighted the fantastic work our Association members have achieved. Despite an ever-changing climate, year on year members continue to produce outstanding schemes that showcase the best the industry has to offer.