The scheme is a unique tree planting initiative created to mark Her Majesty’s Platinum Jubilee in 2022 which invites people from across the United Kingdom to “Plant a Tree for the Jubilee”.

With a focus on planting sustainably, the QGC will encourage planting of trees to create a legacy in honour of The Queen’s leadership of the Nation, which will benefit future generations.

At Myerscough, the initiative sees a new line of trees being planted at the College’s Lodge Farm, renewing trees along the King's Drive. Fifteen trees in total will be planted.

This week Myerscough Fellows Sir Bill Beaumont, and Edwin Booth CBE, attending in his capacity as the current High Sheriff of Lancashire, were invited to help plant some of the first trees of the project.

Duncan Slater, Senior Lecturer in Arboriculture at Myerscough College, said: ‘’Lodge Farm is the oldest royal farm in England - owned by the Crown for over 755 years. The original line of trees along this drive was removed in the late 19th Century to be replaced by a drainage ditch, before the College took over tenancy.

‘’For the farmland at the College, which spans around two square miles, this is like 'Ground Zero' - the start of replanting and greening the landscape at a meaningful scale - and let's hope this small 'explosion' of oaks, limes, maples and sweet chestnuts will be followed by further trees, hedgerows and even the creation of some wildlife refuges. 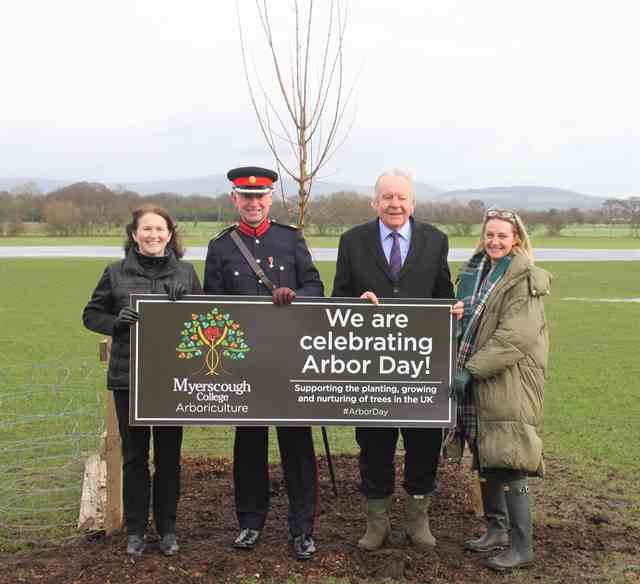 ‘’Planting will be continuing on this line of trees for the next couple of weeks. My many thanks must go to our three sponsors of this planting: The Mersey Forest and Tracy Clarke for the supply of the fifteen trees - and The Queen's Green Canopy for funding the cattle enclosures necessary for achieving this planting in-field. Many thanks also go to the many agriculture and countryside students that have built the enclosures, and their tutors too.’’ 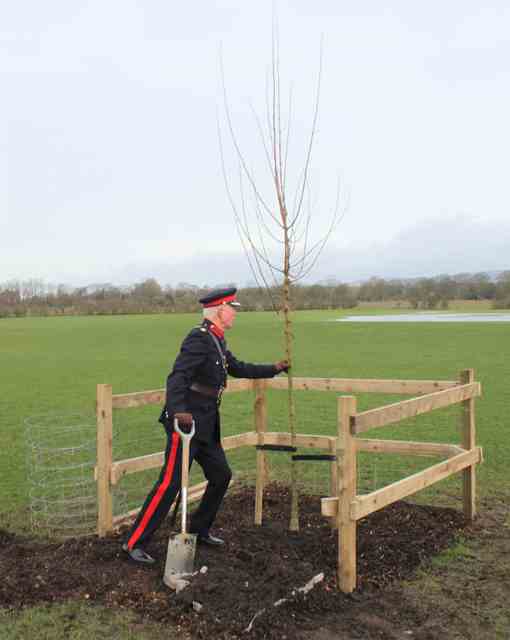 ‘’It’s clear here (on the Myerscough estate) that efforts are being made that the trees being planted actually suit the land they’re being planted on, and it’s important that we all learn a little more about trees and the significant difference between horticulture and arboriculture.

‘’To celebrate the tree in the Queen’s Platinum Jubilee year is a fantastic event.’’

Alison Robinson, Chief Executive and Principal, said: ‘’It’s a project we’re delighted to be involved with.

‘’There hasn’t been a new tree planted on this land for more than half a century and at a time when we have a climate emergency, it’s even more critical that we do things like this to help support our planet.

‘’We’ve planted more than five thousand trees at Myerscough over the last three years, as well as developing the first ever Arbor Day in the UK, so this is another part of a celebration of all things trees.’’ 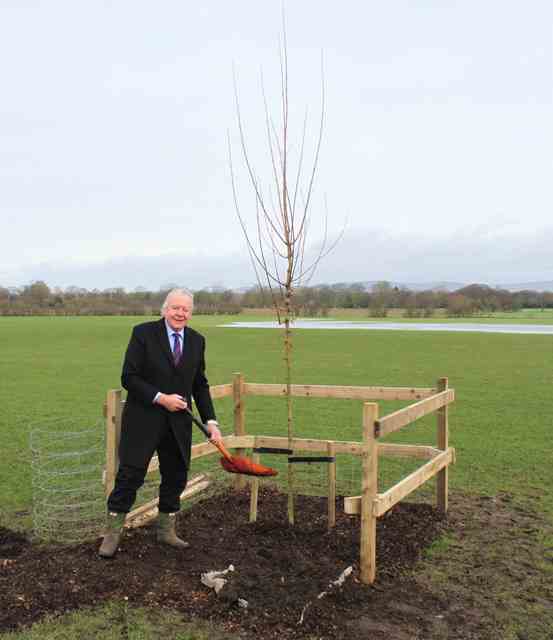 As part of those ongoing plans, many more trees are being planted, a new woodland area is being created at Myerscough’s main Bilsborrow campus, and Myerscough’s greenspace staff and students are engaging in initiatives with local communities, including a community outreach project, where ten schools are being given ten new trees, from a kind donation from the Arboricultural Association, also contributing to The Queen's Green Canopy.